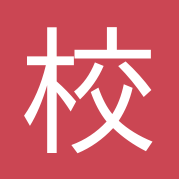 校長
Halloween Lesson Report.
In  English  communication  classes  with  the  ALT  and  Japanese English teachers,  students  have  been learning about Halloween. The students have learned  about Halloween's origins and how the holiday is celebrated in the present time.
In  the first lesson, students did a listening exercise where they listened for  missing  words  in sentences and filled in blanks on their worksheets. They  then  were introduced to “monster vocabulary”, such as “claws, fangs, tail”  etc.  and  created  original  monsters  which  they described making English  sentences. For example: “It has a long green tail, and sharp fangs and a scary face”.
In  the second lesson the students reviewed English “body parts” words such as,  "arms,  legs,  mouth"  etc,  and  then  enjoyed  playing a fun drawing description game.
In  the  drawing  game  students  made  pairs,  and  one  person  faced the television  screen  and  the other person had their back to the screen. The person who could see the screen described the picture, and the other person drew  a  picture  from their partner's description. They took turns drawing and describing, switching places after each picture.
It  is  a  very  fun game that never fails to create lots of excitement and laughter! 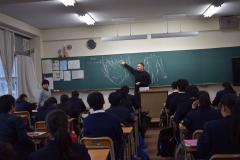 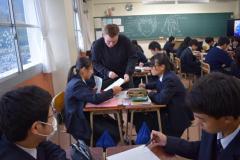 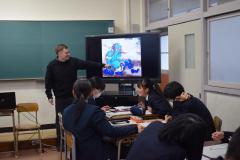 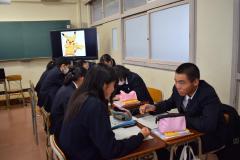 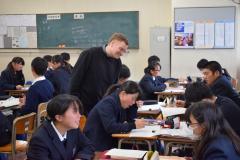 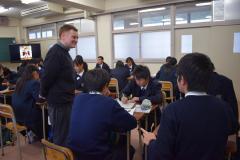