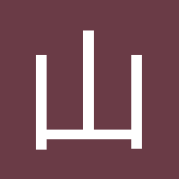 On the 28th of September 2020, Yamasaki High School held their annual sports festival. Because students couldn’t have a cultural festival this year, some of the activities were included in the sports day. The day started with an opening ceremony, parade and raising of the flags. Then the games began!

Then new for this year was an obstacle race prepared by the student organization of the school.The obstacle race included drinking a fizzy bottle of drink, a sack race, balloon popping, spinning around a baseball bat, egg and spoon race, and a two person wheel barrow race. Participants and spectators thoroughly enjoyed the race!

This was followed by a group jumping rope event, with class 2-4 winning with 84 jumps! An amazing feat! Then to conclude for lunch there was a wonderful dance and singing performance.

After lunch, all the members of the sports clubs at Yamasaki High School changed into their club uniforms and marched in a parade. The students all looked impressive and proud in their colorful uniforms. Then four members of each club participated in a relay race.

Following the club event, everyone was treated to a mesmerizing dance performance. The students performing the dances had such incredible precision and poise, and danced at such a professional level! The talent of students at Yamasaki High School is really outstanding!

Not to be outdone, the second grade students dressed in a wide variety of hilarious costumes and performed a parade, and raced in a very entertaining cosplay race!

To finish the day’s events, there was a 200 meter relay race, followed by a massive tug of war between the three grades.

After everybody had strained their sinews in battle, it was time for the closing ceremony, which finished a day full of fun and exhilaration!